10 Metros Where Homebuyers Are Most Susceptible to Being Priced Out 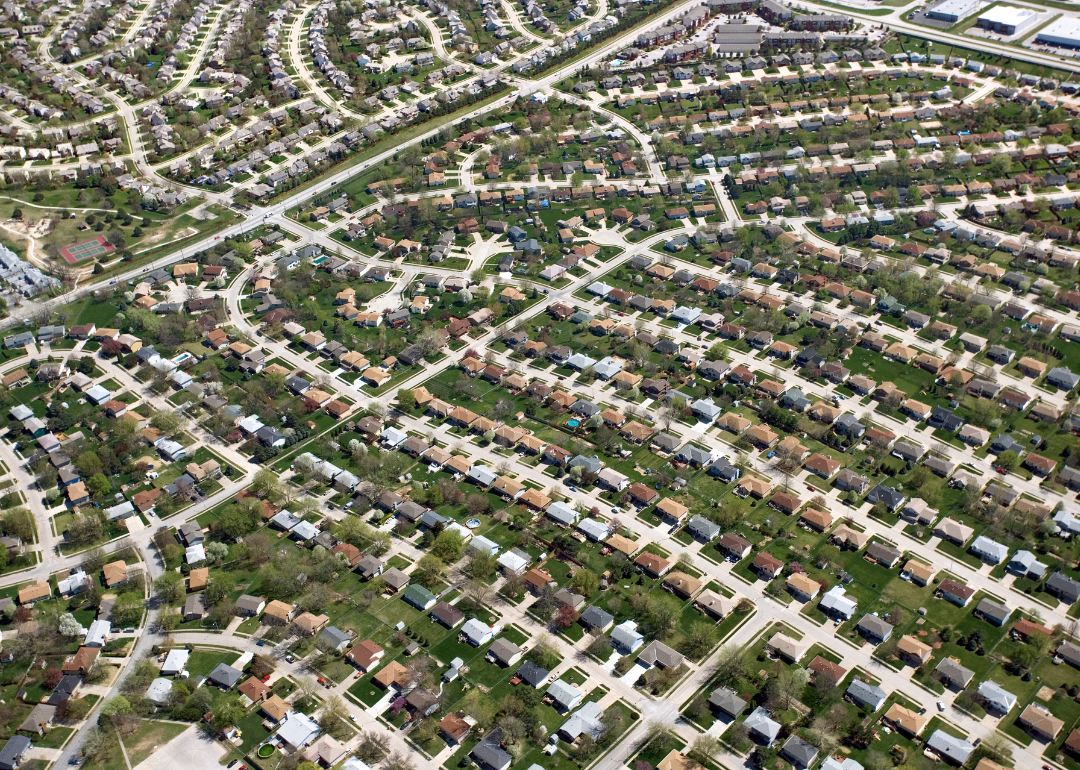 Only a new home will do for some buyers. However, in many areas of the country, newly built single-family homes that are affordable can be hard to come by.

About 69% of all households in the U.S. cannot afford a median-priced new home, according to the National Association of Home Builders. Competition from other home buyers is one reason people are priced out of the market, but construction costs, increased mortgage rates, and local regulations also contribute to the overall cost.

American Home Shield examined data from the National Association of Homebuilders to see which metropolitan areas have the largest number of households that would be impacted by a $1,000 home price increase of a newly constructed home. The number of priced-out households is calculated in NAHB's formula, taking into account whether a household qualifies for a mortgage, which is determined by whether the monthly payment equals 28% or less of monthly gross household income. The NAHB estimate also calculates a household being able to afford a 10% down payment.

Metropolitan areas consist of the main city as well as its surrounding towns and suburbs. Metros had to have at least 200,000 households to be included on this list. Many of the major cities listed experienced population growth during the pandemic, as an exodus away from major cities drove home prices higher. 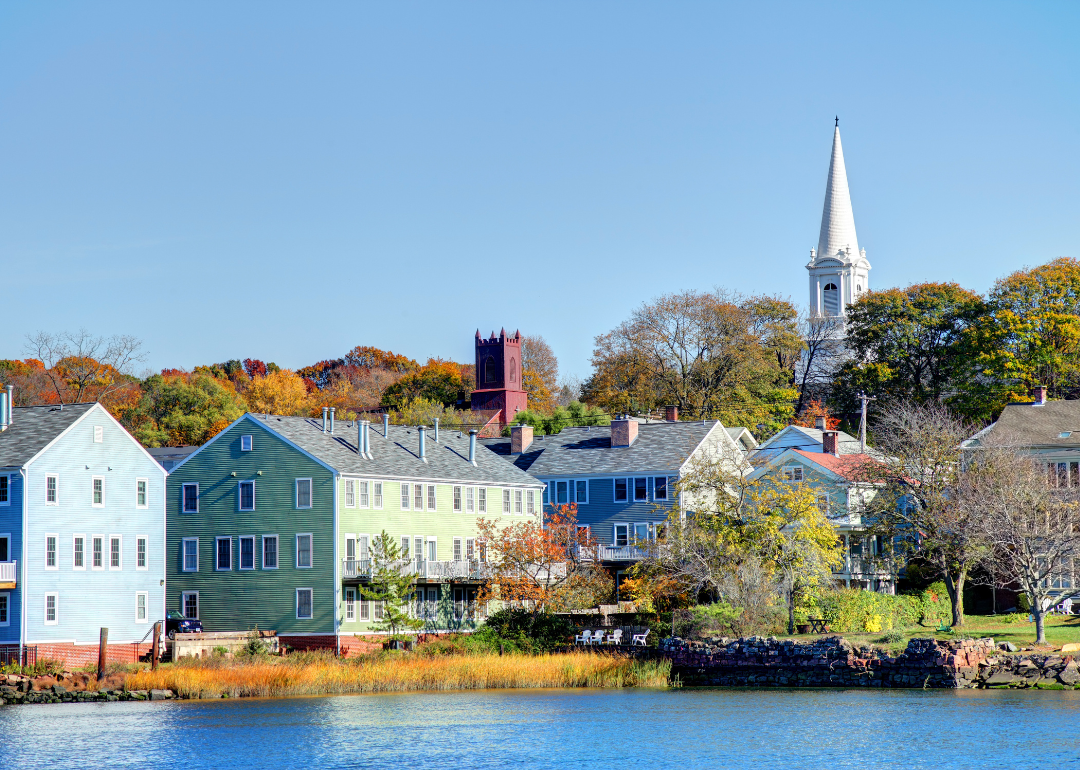 Legislators in Connecticut updated the state's Zoning Enabling Act in 2021, attempting to remove some of the restrictive zoning in areas such as the New Haven metro area. The update stipulates that town and city zoning regulations cannot adopt several exclusionary practices that prevent development—particularly that of affordable housing—such as requiring homes to be minimum square footage.

How this will change zoning practices in the New Haven metro is yet to be seen. Some of the city's suburbs, including Woodbridge, Orange, Madison, and Bethany, zoned nearly all of their residential land as single-family homes, and further stipulated that lots had to be at least 1 acre in order to maintain green space. Some suburbs went further and required a 2-acre lot.

Furthermore, some suburbs have purchased tracts of land in their towns specifically to prevent housing development. 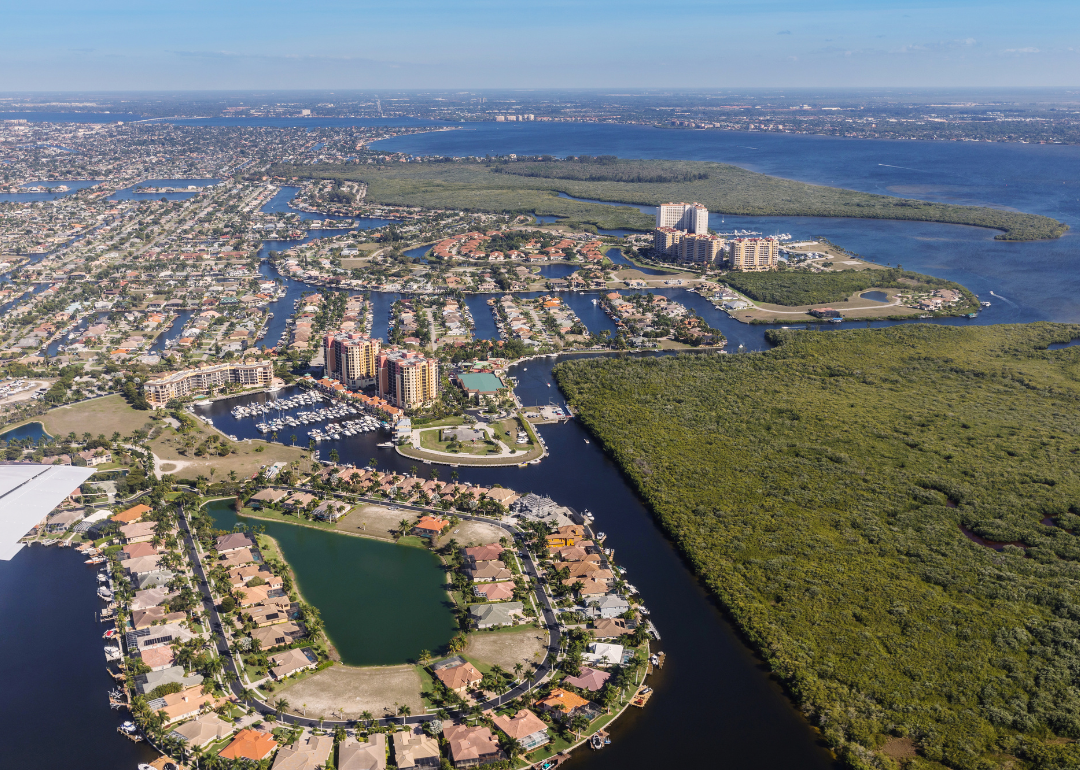 After Hurricane Andrew devastated southern Florida in 1992, the state adopted the Florida Building Code to increase the strength of newly constructed buildings against future hurricanes. This means new homes in Florida have to withstand the beating of hurricane-force winds. Windows and doorways also have to have either impact-resistant glass or hurricane shutters. This adds to the already expensive costs for new construction in Florida, which average $20,000 more than the rest of the country.

Hurricane Ian didn't help matters when it struck the Cape Coral metro area, which is the biggest city in Lee County. Authorities have said that the storm destroyed over 5,000 homes in the county, which will have an impact on an already tight housing market. 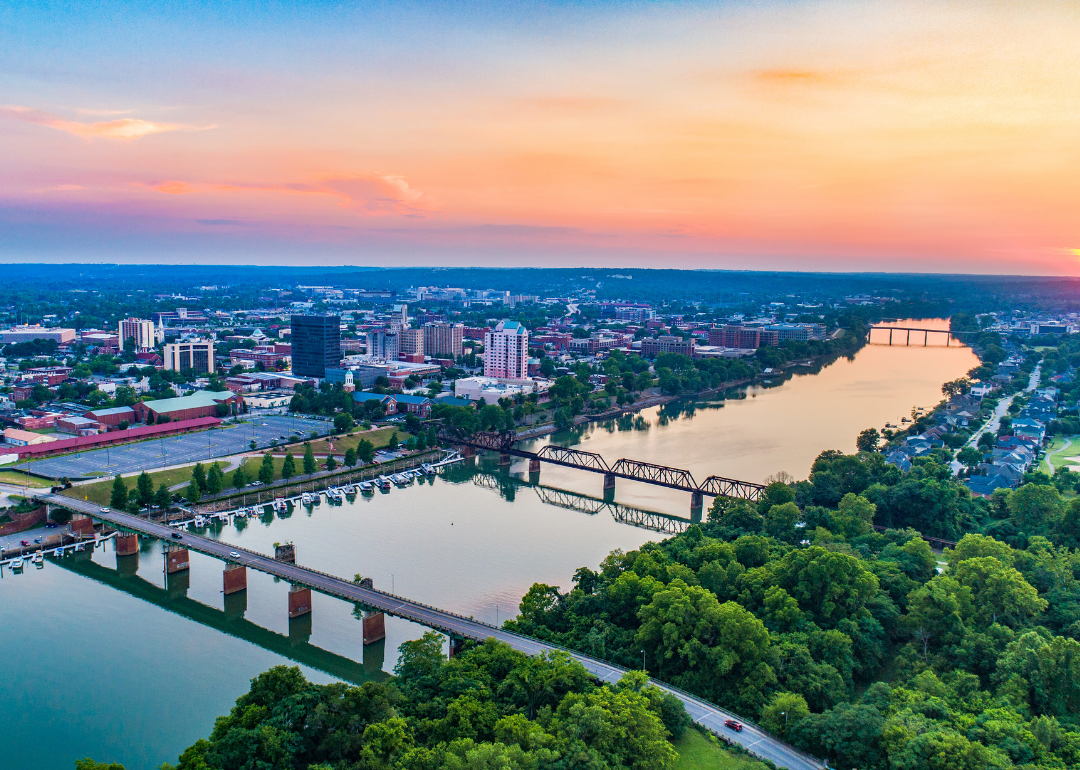 That said, not all new homes built in this metro area are purchased by home buyers to live in. Renters make up a sizable portion of single-family housing stock, occupying 1 in 5 homes in Richmond County. Investor-owned housing has contributed to increases in housing prices across Georgia.

The state has also found that new construction costs are rising in part due to high regulatory costs, which are 3% higher than the national average.

WHAT IS A HOME WARRANTY?

Find answers to common questions like, “What is a home warranty?” and learn more about how home service plans can protect your home systems and appliances. 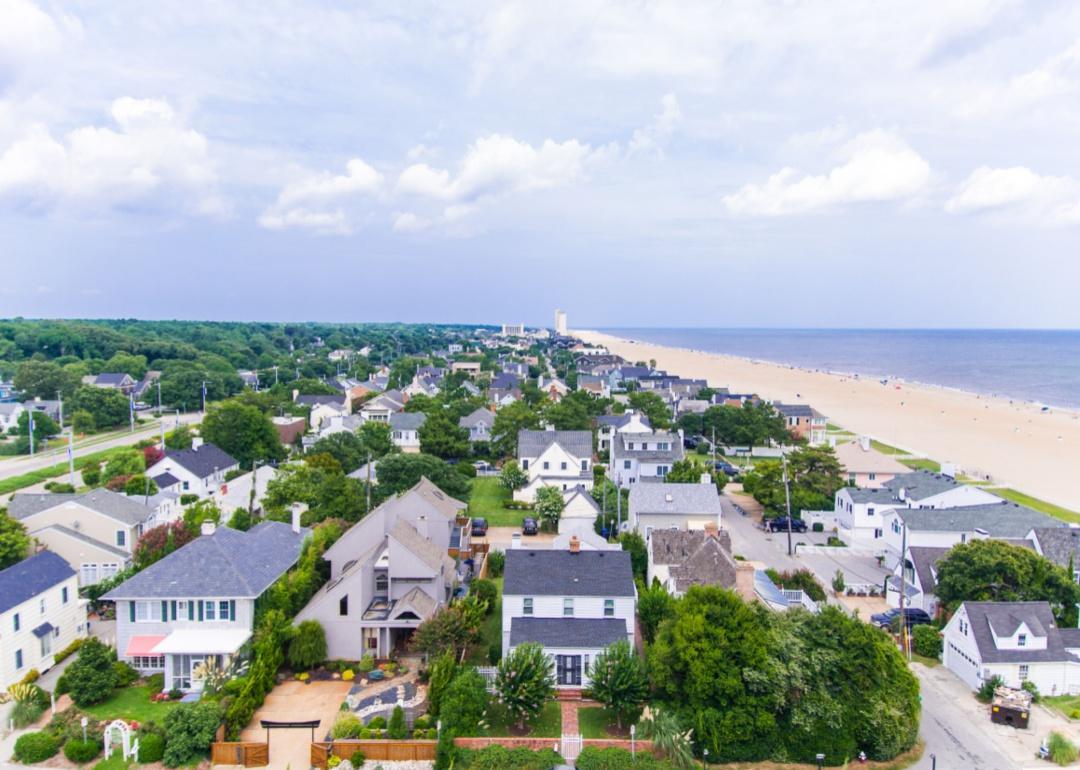 New construction sales in the Hampton Roads area are showing signs of a slowdown. In the first nine months of 2022, the number of new residential units sold dropped 10.3% to 2,450. However, the median sales price of all residential listings is up 5.8% from last year, which continues to keep would-be buyers on the sidelines.

Land availability is also an issue in this metro region. Developers are starting to move further inland to build in Virginia's cities like Suffolk because most of the land on the coast of the Commonwealth has already been developed. 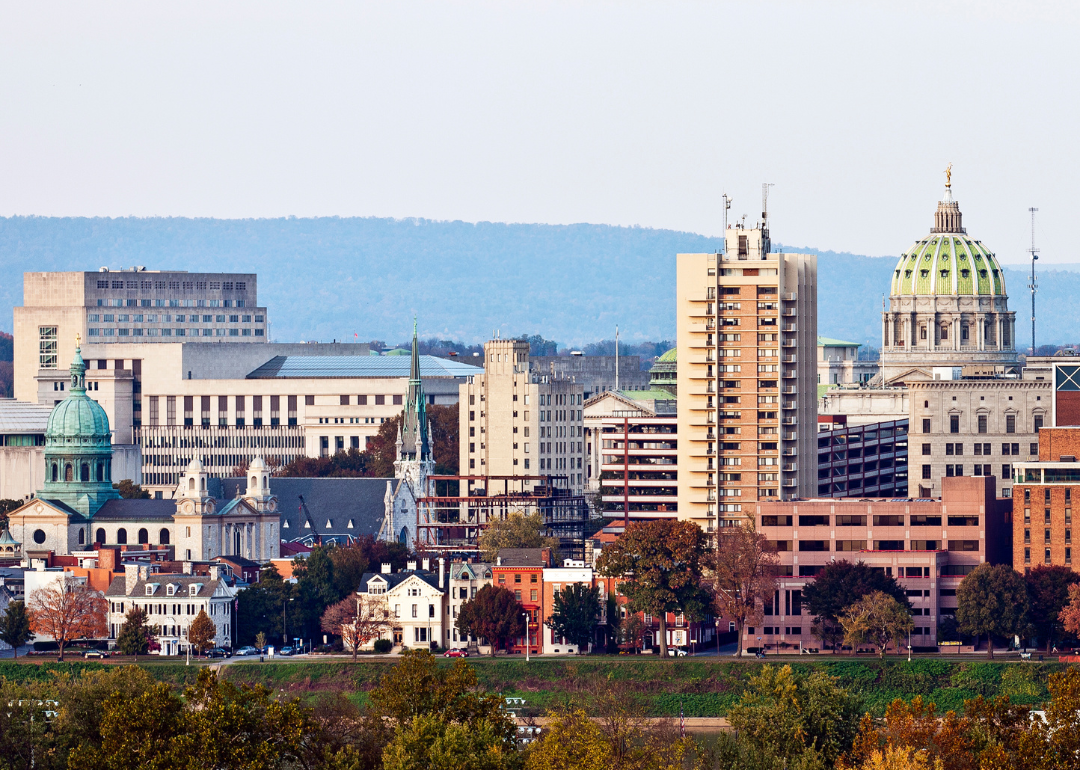 The Harrisburg metro area is one of the many lower-cost metros that lured people during the pandemic. The city now has over 50,000 residents, the first time it's hit that mark since the 1990 census. The suburbs are growing even more, with Dauphin County and Cumberland County growing 6.8% and 10%, respectively, between the 2010 and 2020 censuses.

This metro has a majority of single units, which comprise 77% of the housing stock. Material shortages during the pandemic have been troublesome for builders, and increased prices have put the cost of building a home in Harrisburg 3% above the national average. 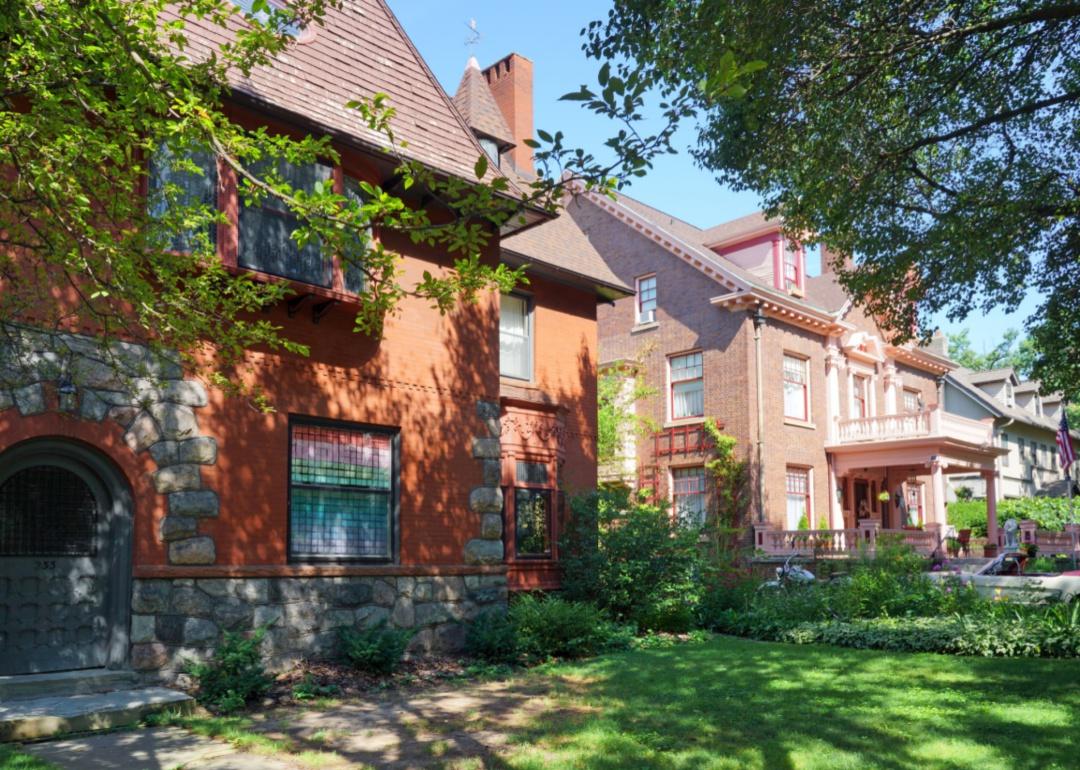 Development costs play a big role in how much a single-family home costs. In western Michigan, zoning laws drive up costs, as towns create more regulations for home development. These can include larger lots and more square footage for homes, which drives up the final price tag. 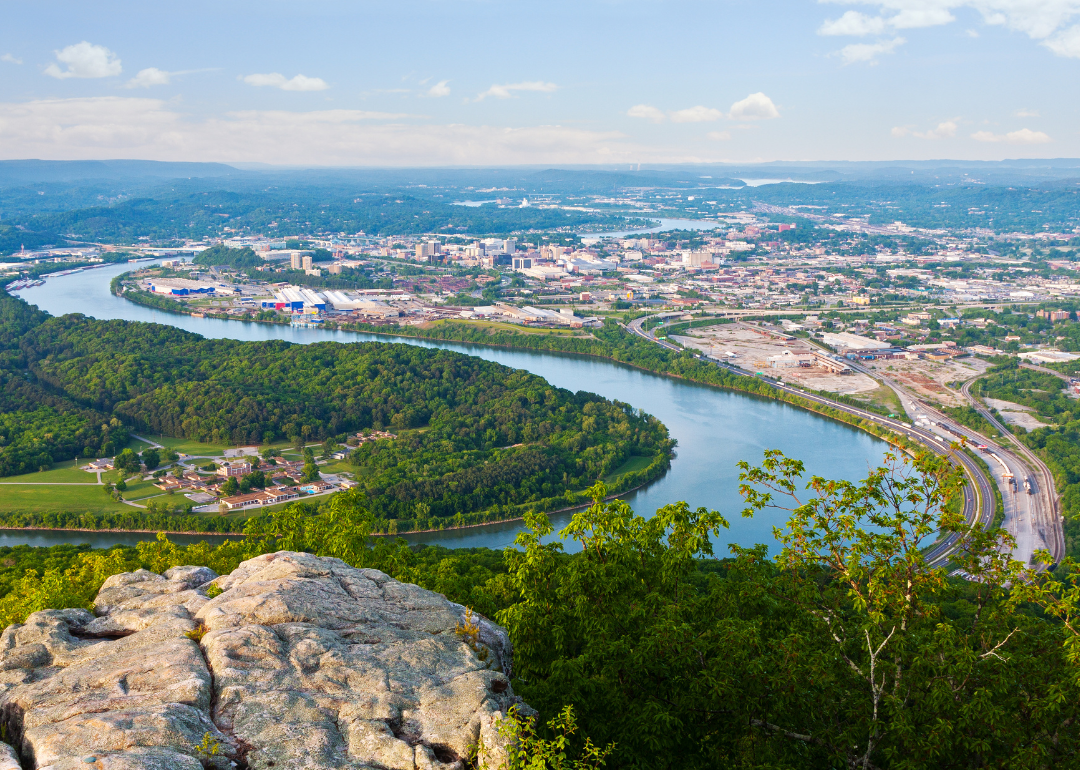 Zoning changes are spurring some development in the Chattanooga metro region. In 2022, commissioners in the suburb of Collegedale rezoned agricultural land to low-density single-family residential to allow for a 512-home development on a 408-acre parcel of land. Although developers had to pay for a number of infrastructure elements, including sewers, they would be free from original zoning restrictions that called for houses to have 1 acre of land.

The zoning changes weren't without opposition, as residents feared increased traffic and a drain on town resources.

Chattanooga is also trying to increase the inventory of new single-family homes. The city approved a 1,200-home development on Aetna Mountain at the far reaches of city limits. 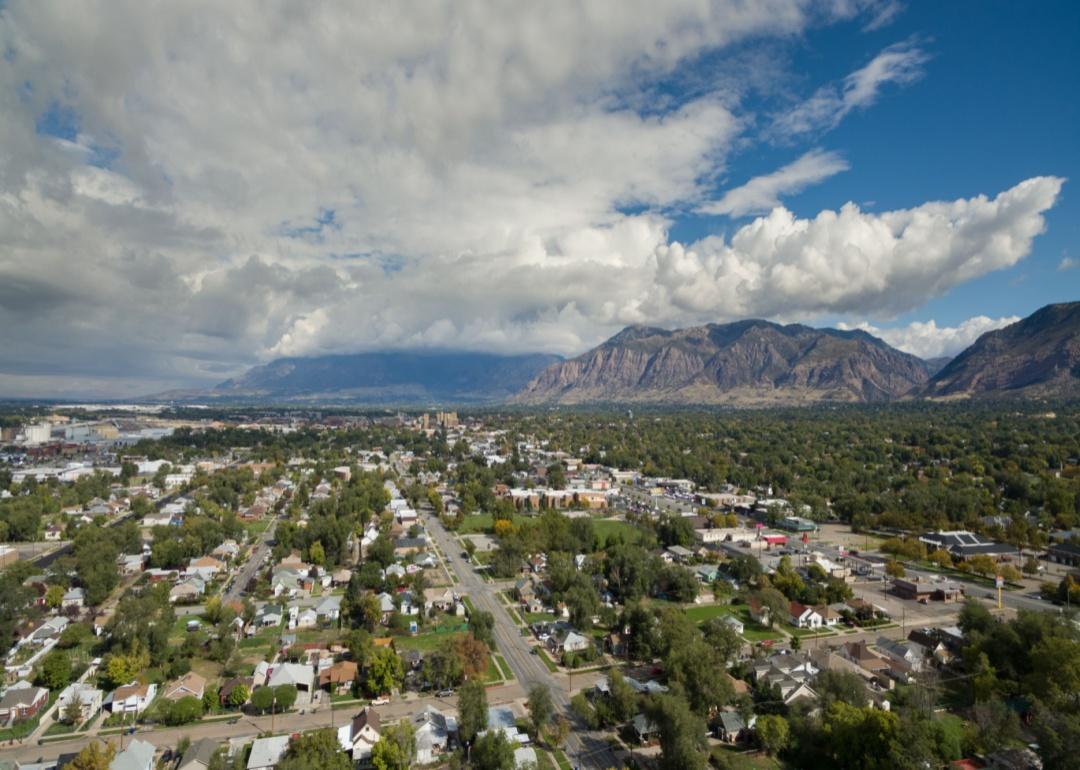 In 2014, the Ogden-Clearfield metro area already had a housing shortage. By 2019, the most recent year available, the region was short 12,408 units. The area is looking for ways to develop land to meet demand while keeping its rural feel.

Weber County passed a new development plan in 2022 that hopes to control suburban sprawl by designating where different types of housing development can be built. The unincorporated area in the western part of the county is also mulling over becoming a city to allow residents to have more say in development issues.

Another development tool in this area is the Transfer of Development Rights program, a Utah policy that allows for shifting land use rights to different areas to help control where growth occurs. 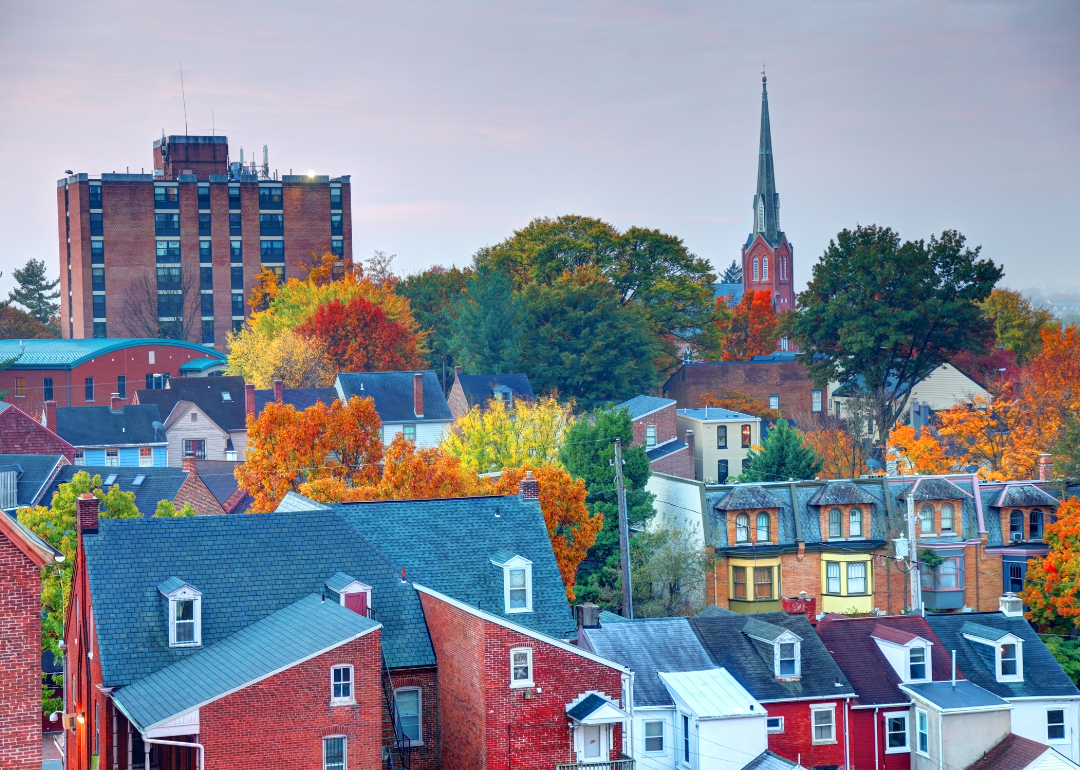 Growth in this metro area is happening in the suburbs. Between the 2010 and 2020 Census surveys, nearly 1,300 people—2% of the population—left the city proper and moved further out. Meanwhile, Manheim Township to the north grew by over 5,800 people, a 15% increase.

Most of the land development in Manheim Township has been single-family homes. The party won't last forever though—the township expects it will run out of land to develop by 2036. 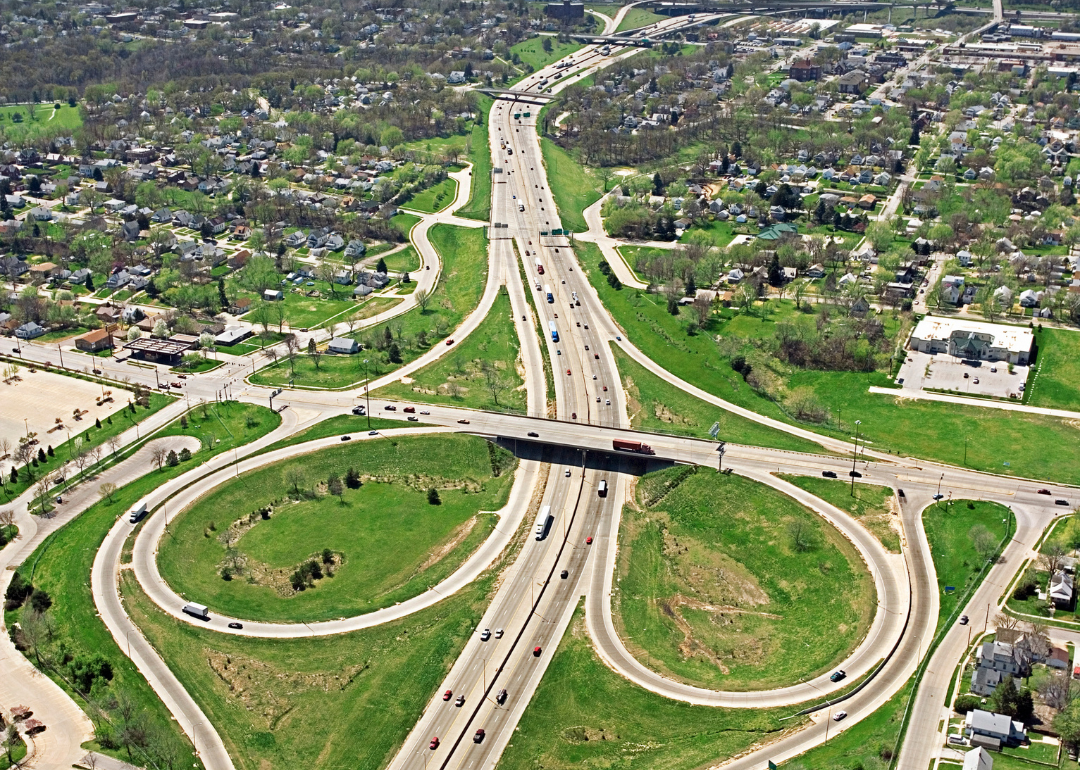 The cost of building a new home in Omaha is $375,000 in 2022, a 38% increase over 10 years. Developers say that 23% of those costs are due to local regulations, which makes building smaller starter homes an unprofitable venture, even though those types of homes are in high demand from newcomers.

Members of the real estate community are now working to change zoning laws in the area to allow for smaller lots, which would lower costs. Some municipalities like Omaha have already made similar zoning changes to allow for cheaper development.

Builders are also moving further northwest where there is more land and opportunity for single-family developments.

NO TWO HOMES ARE THE SAME. THAT'S WHY WE HAVE OPTIONS. FIND A PLAN THAT FITS.
Shop Plans
See more in:
Home BuyersSellers Advice