What is a Mini-Split A/C System: Are They Worth It?

Mini-Split systems are becoming more popular, but are they worth the money? Learn how they work and all the info on these small ac units to make the decision yourself. 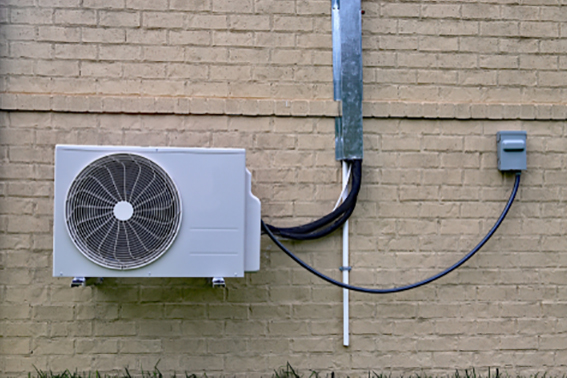 Mini-split, or ductless, air conditioning units are gaining popularity, thanks to their energy efficiency and potential to create a range of temperature zones within the same home. While they can get expensive, they’re easy to retrofit into homes without HVAC ductwork. But are these the best A/C units for your home?

How Does a Mini-Split A/C System Work?

In a traditional HVAC system, a unit outside your home cools air and distributes it through your home via your ductwork. But a mini-split system doesn’t rely on ductwork to supply your home with cold air. Instead, refrigerant moves through insulated lines from the outdoor unit to indoor units located in each of your home’s cooling zones. Some outdoor units are powerful enough to divide your home into as many as nine cooling zones, each cooled by its own separate unit. Each indoor unit cools the room or zone it’s in.

The wall A/C units are more secure than window A/C units because they require only a small hole to be drilled into the wall to run the refrigerant lines through, so there’s no need to cut a huge hole in the wall and there’s no possibility that a burglar could just yank the unit out of the window and crawl inside. But mini-splits can be more expensive than traditional HVAC systems – a single-zone system can start at about $3,000, while a four-zone system can cost at least $12,000. The more zones you want, the higher the cost. 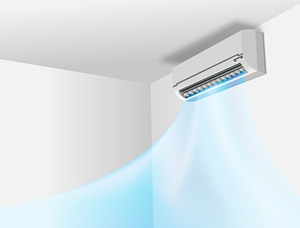 Mini-split A/C units don’t require ductwork, which makes them a good option for installation in homes that don’t have ductwork, because adding ducts can significantly increase the cost of installing a traditional HVAC. Mini-splits are also good for installing climate control in additions or mother-in-law units.

These aren’t the only benefits of a mini-split A/C. These units are about 25 to 30 percent more efficient than traditional A/C systems because nothing is lost to the ductwork itself. Mini-splits also have inverter-driven compressors, which don’t turn on and off constantly. Instead, they speed up or slow down based on system requirements. This makes the system even more efficient than a traditional A/C system, which loses a lot of energy in starting up a compressor repeatedly.

Mini-splits are popular with homeowners who want more precise control over the temperature of individual rooms in their homes. Each unit can be individually adjusted, so you’ll be able to call a truce in the Thermostat Wars – at least until winter. If you have rooms in your home that you aren’t using, one or two mini-split wall units can help you cool the rooms you are using, while keeping the whole-house thermostat at a higher temperature. This prevents mold and other problems that can arise from merely closing the vents in unused rooms.

The drawbacks of mini-splits include their installation price, which can be higher than for traditional systems. You might not love the look of a wall A/C unit in every room, either, although there are floor and recessed ceiling models, too. You’ll need to clean the filter every month, and more often if you have pets – the fans in mini-splits can’t handle dirty filters, so falling behind on monthly maintenance can shorten the life of your unit. You’ll still need to have a yearly A/C tune-up from a professional technician, who will check your unit’s refrigerant pressure and flush the condensate lines, among other things.

Choosing the Best HVAC System for Your Needs

If you already have a traditional HVAC system, it may be cheaper to just go ahead and get another one. But if you’re installing A/C in a home that doesn’t have ducts, or you’re looking for a small air conditioner to cool a specific room or rooms, a mini-split system may be the best choice. It can give you more precise control over the temperature in individual rooms in your home and slash your energy bills, although it may not pay for itself.

Speaking of the A/C, did you know that components of your mini-split A/C system can be covered by an American Home Shield® Home Warranty? A home warranty can help manage your budget and the expensive costs when it’s time to repair or replace components of your system. Call today to help protect your home’s systems and appliances.

OUR BEST PLAN IS ALL-IN ON COVERAGE SO YOU CAN LEAVE THE HOME HASSLES TO US.
Shop ShieldPlatinum >
See more in:
HVAC 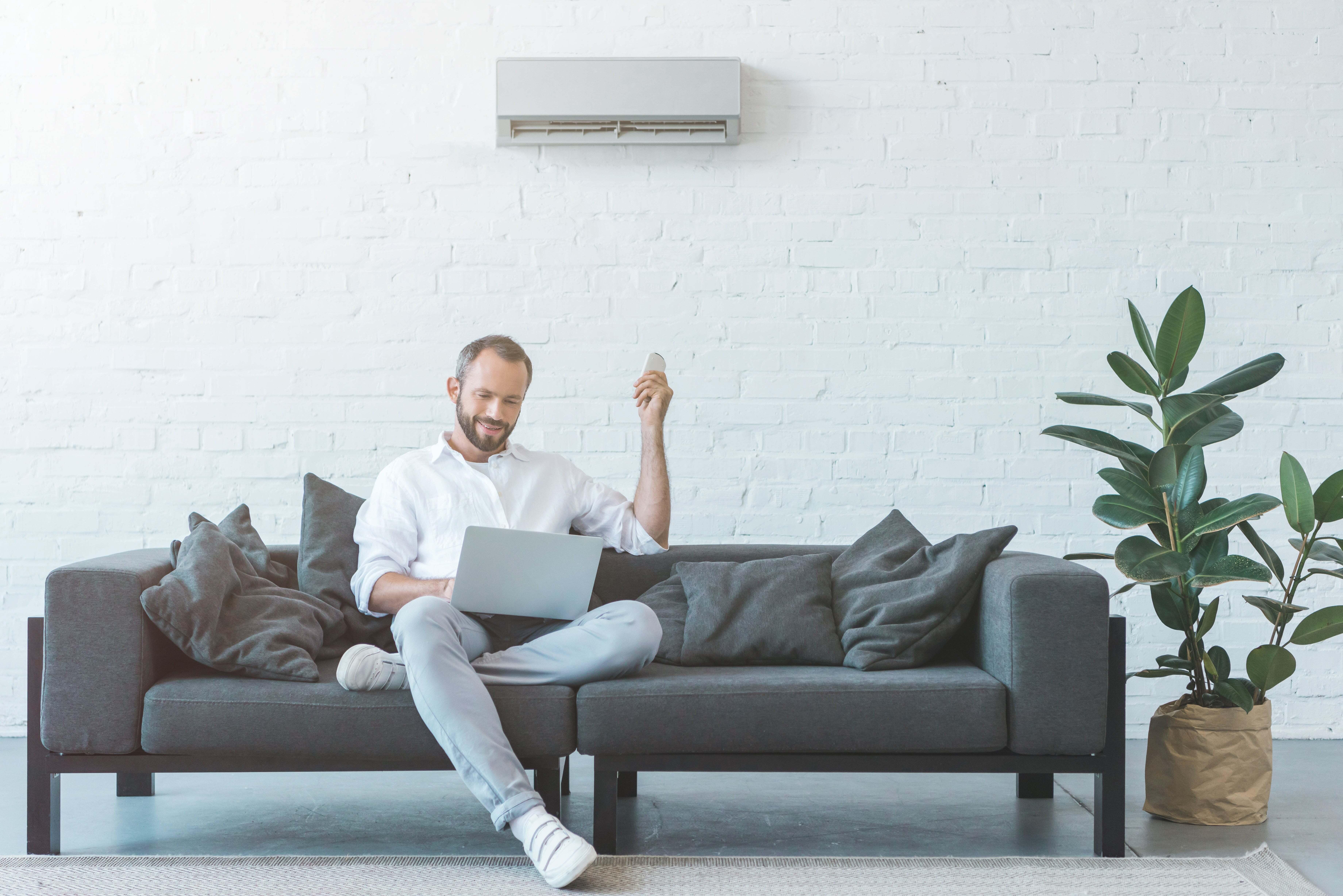 When to Replace Your Air Conditioner | American Home Shield

When to Replace Your Air Conditioner | American Home Shield 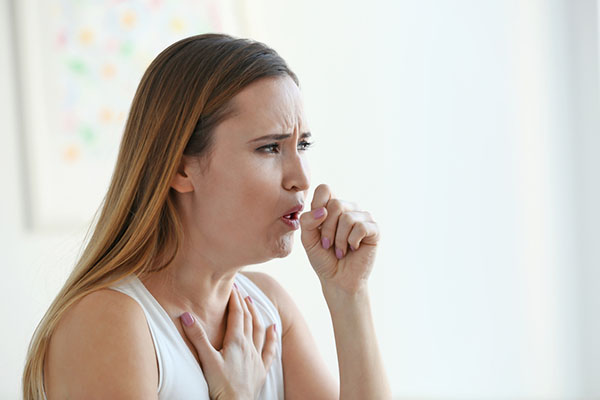 Have you heard about air conditioner lung? We will take you through how the cold and pressure may lead to a cough or potentially even a cold. 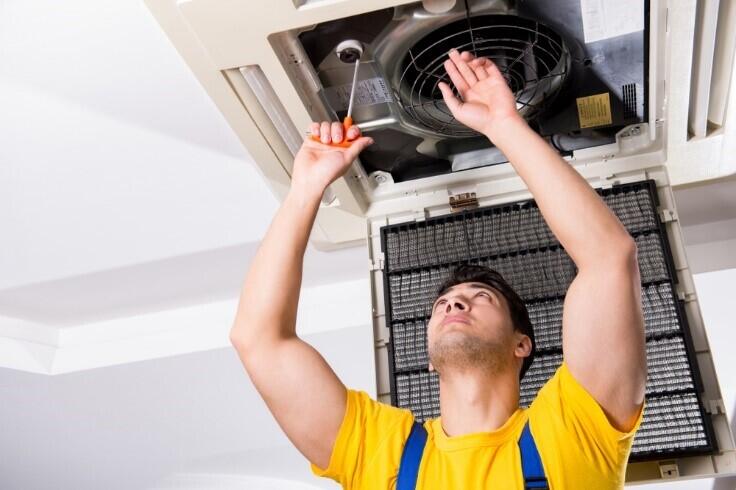 Summer is almost here. Learn why getting professional HVAC maintenance is so important and what you need to do before the heat arrives. 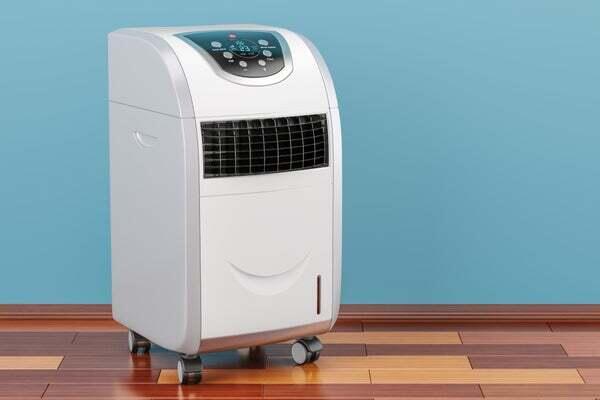 Looking for the best air conditioner system for your home? Several types of A/C units are made specifically for different situations. Get a breakdown of each type and find the best A/C unit for you.