Most Common Appliance Breakdown: A Look at the Numbers

According to Consumer Reports, here are some of the most common appliance problems and repairs with data to support the results. 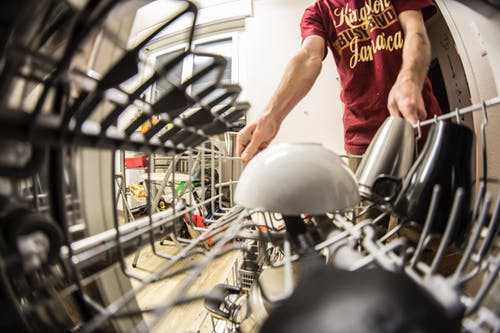 As a homeowner, you depend on your appliances to run smoothly so you can get through life with minimal disruptions. Unfortunately, nothing lasts forever, and that goes double for appliances. Refrigerators, ranges, microwaves, dishwashers and other appliances have limited lifespans, and when they break down, you need to get them fixed right away.

A home warranty can help you cover the costs of unexpected appliance breakdowns. When you choose a home warranty from American Home Shield®, your covered home systems and appliances are taken care of, no matter how old they are. Duplicate appliances — like that second refrigerator in your garage — are covered too.

Any appliance can break down, but some do so more often than others. The Survey Research team at Consumer Reports has collected breakdown data on more than 381,000 appliances purchased between 2008 and 2018. Here are some of the most common appliance breakdowns reported by consumers.

On both electric and gas ranges, the oven temperature sensor (which collects temperature information to help regulate the oven’s temperature) or the oven bake element (which heats the oven) is most likely to break. Often, the ignition system for gas burners gets clogged with food debris and can be cleaned out with soap and warm water.

If you have a refrigerator with an ice or water dispenser, you probably enjoy getting fresh, cold water and ice on demand — but you’re probably not so excited to learn that your water and ice maker is the most likely part of your refrigerator to break, with 17 percent of Consumer Reports members complaining about a dispenser that stops working. 13 percent complain of an ice maker that no longer makes ice. 7 percent report a buildup of ice in the refrigerator, while 6 percent report water leakage, and 5 percent say the refrigerator isn’t cooling. The ice maker, evaporator fan motor and thermostat are common culprits of breakdowns.

Have you ever opened up your dishwasher after a cycle and realized that your dishes still aren’t clean? 11 percent of those surveyed noted that their dishwasher has stopped cleaning dishes properly, while 9 percent said that it is no longer drying properly, and 7 percent said that it’s no longer draining properly. As with range burner problems, some dishwasher problems can be fixed at home by cleaning out the filter or sprayer arms.

Moldy doors aren’t the only problem washing machine owners reported. Among owners of both top-loading and front-loading models, 6 percent complained that the drum had stopped spinning correctly or at all. 5 percent reported that the washing machine no longer drained properly — if this happens to you, you may be able to drain it yourself after unclogging the drain hose. 4 percent of those surveyed reported a faulty control panel and 3 percent reported water leaking from the machine.

Things that might break on your washing machine include the door or lid switch, which keeps the drum from spinning when the door is open. The drain pump and tub bearings are also common causes of washing machine breakdowns. The most expensive problem to fix, however, is a faulty control panel, Consumer Reports says.

10 percent of those surveyed complained of a dryer not drying their clothes completely. You may be able to fix this yourself by cleaning the lint trap or cleaning out your dryer vent. 7 percent reported faulty drum rollers, motors or belts. Things that tend to break on dryers include the thermal fuse, which keeps the dryer from overheating. A faulty heating element is also common, as is a faulty drum seal.

Microwaves make preparing meals a snap, but not when they break down. 5 percent of consumers surveyed reported a broken control panel, while 4 percent reported either excessive noise, an inability to heat up food sufficiently, or a broken door that wouldn’t lock or close. 2 percent complained about a turntable not turning or an exhaust fan not working.

Don’t Get Overwhelmed by the Numbers — Stay Covered

Don’t let common appliance breakdowns leave you scrambling to cope. A home warranty from American Home Shield can help you keep your covered appliances in good working order without sacrificing your budget or your sanity.

What is the Best Oven for Baking? | American Home Shield

How do you choose the best oven for baking at home? AHS compares gas, electric, and convection ovens to help you decide on which oven you should use.

Did your freezer stop working? There are many reasons why your freezer might not be freezing. Find out why from the Home Matters experts. Learn more at AHS.com.