It’s something every homeowner can relate to: One moment, everything’s fine. Then the next, it’s like your house is out to get you. Take it from these guys – Halloween has nothing on homeownership.

Bump in the Night

Imagine moving to a quiet tree-lined street in Southeastern Ohio. As soon as you’ve unpacked all of your things and began to settle in for your first night… several cars pull up and park in your driveway. Instead of coming to the door, however, the trespassers bound down to the old storm drain around back. Why? Because every homeowner’s worst nightmare – your new home lies over nothing less than the entrance to the underworld. Yes, this very problem happened to a couple in Blue Ash, Ohio last year.

Supposedly, the storm drain was once home to a group of Satanists who not only built altars, but also practiced their dark arts inside the chamber. According to urban legend, these Satanists were even able to open a portal straight to the fires below. Overrun by locals, terror tourists and even a full ghost-hunting crew, the house quickly became a nightmare in its own right. Fortunately, however, the couple was eventually able to make the situation more manageable with the help of the local authorities. It just goes to show that even the most well-kept house can have unforeseen dangers.

Who doesn’t love a good old fashioned Victorian home? Someone who buys it without inspecting its 100+ year old furnace, that’s who. For this young family, the thought never even crossed their minds until the night of the first big freeze. After a few useless attempts at getting it started, the couple decided to pack it up and head to their friends’ house to stay warm. This decision likely saved their lives. As it turns out, not only did the furnace no longer work properly, but also a portion of the old brick had fallen and crushed the exhaust leading to a dangerous leak of carbon monoxide. After two separate visits from repairmen, the bill totaled over $4500. Now that’s something that’s guaranteed to scare just about anybody.

Attack of the Appliances 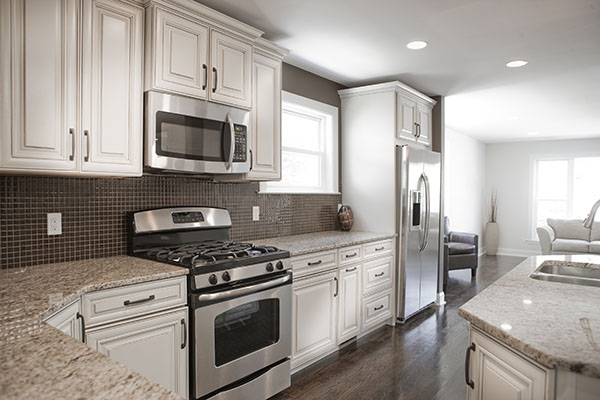 You don’t have to wait for the cyborg apocalypse to find modern machinery fighting back. For one unlucky homeowner, it seemed his household appliances had planned an all-out war against him. Ironically, it all began with the delightful little tune washers often play when done. Only this time, billowing smoke signaled that the only thing that was done was the washer itself. A few weeks later, the dryer met the same fate. By this point, any reasonable person would expect the carnage to be over, but alas, death often comes in threes. His A/C, the most expensive of the bunch, dealt the final blow.

A few months and several thousand dollars later, it seemed the dust had settled. That’s when, with his defenses down, the appliances again made their move. In rapid succession, much like a machine gunners turret, his microwave was zapped, his toaster fried and his coffee maker mangled. All he was left to do was hope that the breakdown demons had their fill. It was a resounding loss for this homeowner, but one that the rest of us can learn from. Failing to plan is planning to fail, and there’s nothing scarier than learning that the hard way.

For more on this story, click here.Next > Guide to Buying Appliances at an Outlet Store

NO TWO HOMES ARE THE SAME. THAT'S WHY WE HAVE OPTIONS. FIND A PLAN THAT FITS.
Shop Plans
See more in:
Homeowners Seasonal