8 Things to Know Before Moving to Alaska

When you think of the 49th state, glacier cruises, the Northern Lights, and moose might come to mind. The Last Frontier has a lot to offer both tourists and residents.

Alaska’s rugged beauty is breathtaking, and so is the temperature—some cities like Tok get down to -30 degrees in the winter. If you can brave the cooler temps, there are many benefits of living in Alaska. 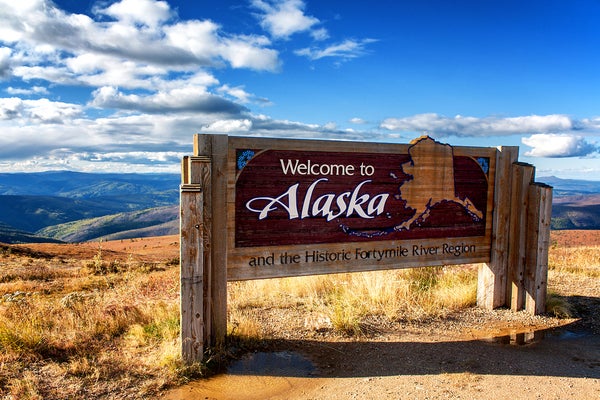 Here are eight things to know before moving to Alaska.

1. You can get paid to live there.

You may have heard rumors that the state of Alaska pays its residents to live there, and you would be absolutely correct. Alaskans get a piece of the state’s oil royalties via the Alaska Permanent Fund. The dividend varies—it was $992 in 2020 and $1,606 in 2019—and goes to every member of your family.

To be eligible for the Alaska Permanent Fund Dividend, you must be an Alaska resident for at least a year, not be a convicted felon, and be physically in the state for at least 185 days of the previous calendar year.

2. The cost of living is high.

You knew there was going to be a catch, and it’s not just the cold. The cost of living in Alaska makes it the sixth most expensive state to live in, partly due to how expansive the state is—Alaska is bigger than California and Texas combined. That means it can cost a small fortune to ship food, fuel, and other goods to stores, as well as build infrastructure, and that money has to come from somewhere.

Purchasing an Alaska house will also cost a pretty penny. The median home value is around $300,000, where the U.S. average is around $298,000. According to Smart Asset, utility bills in Alaska are 33% higher than the national average. You may be able to offset some of these costs because residents do not have to pay state income or sales tax, a great reason to move to Alaska.

The extreme temperatures can overtax many of your appliances, so it may be a good idea to invest in a home warranty along with homeowners insurance. While American Home Shield currently doesn’t offer coverage plans for Alaska just yet, you can check out our other warranty coverage by state.

Living off the grid in Alaska is definitely an option. In fact, it may feel like you’re off the grid anyway. Much of the state is inaccessible by vehicle, and highway access is very limited. A big part of the appeal of moving to Alaska is its rugged, unspoiled beauty.

Due to the expense of groceries, it’s also become increasingly more common for residents in smaller towns to grow their own food and fish for their supper. It can be a harsh existence, so figuring out the best way to utilize resources is vital. And it all may be worth it for that incredible view.

4. There are extended periods of daylight and darkness.

The midnight sun is a pretty well-known quirk about living in Alaska. Fairbanks, northeast of Denali National Park, celebrates the Midnight Sun Season, which peaks on the summer solstice. Other parts of Alaska experience complete daylight for two months in the summer and complete darkness for two months in the winter. Farther south in Anchorage, Alaska’s biggest city, residents can feel sunshine for about five hours on the winter solstice.

An important thing to know before moving to Alaska is that taking care of yourself and your family during the winters is key. The long periods of darkness can disrupt your circadian rhythm, putting a strain on mental health and even worsening the effects of seasonal affective disorder. To combat this, try using a lightbox, creating a list of DIY projects to do around the house, and getting outside when you can (don’t forget your hand warmers!).

5. Look out for wildlife.

Alaska is the state for you if you ever get a hankering to see a moose up close and personal. The Alaska-Yukon moose is the largest of its species and can be spotted in several areas throughout the state. Just one of the benefits of living in Alaska.

There is some wildlife to beware of, including the more than 30,000 grizzly bears in Alaska. They can grow up to a whopping 1,500 pounds. Though they typically won’t approach you unless they feel threatened or smell food, it’s best to keep your distance.

It’s probably a good idea to invest in a few cans of bear spray when moving into your new home, just in case.

6. There are places for city dwellers. 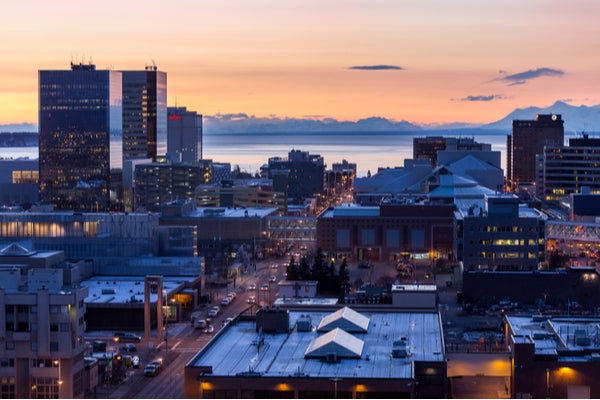 If you currently live in a big city and the thought of all of that open air makes you a little twitchy, you’ll be happy to know that large populations and urban life do exist.

The city with the largest population is Anchorage, with 300,000 residents. This may be one of the best places to live in Alaska if you prefer a more urban setting. It won’t have the same hustle and bustle as New York City, but you’ll have access to nice restaurants, shopping, and museums such as the Alaska Native Heritage Center.

Juneau, the state capital, has the second-largest population, clocking in at only 32,000. Here you can visit the Mendenhall Glacier and participate in the incredible experience of whale watching. If you're planning on being a permanent resident of Juneau, just be aware that this beautiful city is only accessible by boat or air.

If you’re moving to Alaska with hopes of securing a job, you’re in luck. Alaska has many employment opportunities, and many pay well to keep up with the high cost of living. The current minimum wage is $10.34, higher than the national minimum wage of $7.25 per hour.

Before you move to the northernmost state, check out this helpful job-finding guide by Alaska.gov. Top industries throughout the state are oil and gas, tourism, farming, and fishing.

8. Alaska has a lot of mosquitos.

You’d think the cold temps would at least keep bugs away, but Alaska has its share of pesky insects, just like any other state. Mosquitos especially are a nuisance during the summer, often jokingly referred to as Alaska’s state bird. Combat them with insect repellant, a mosquito net, and by wearing long pants and sleeves.

How to Move to Alaska

Careful planning is the only way to go when it comes to moving to this rugged land. Because so much of Alaska is inaccessible by car, traveling light will save you a fortune. Finding a moving company and hiring professional movers who know their way around this mighty state is a good idea for taking care of the items you have to transport.

It’s also a good idea to research how to set up your utilities in your new Alaska home and make sure to change your address. You can also visit Alaska.gov and the Department of Labor and Workforce Development for helpful tips and how-to’s.

NO TWO HOMES ARE THE SAME. THAT'S WHY WE HAVE OPTIONS. FIND A PLAN THAT FITS.
Shop Plans
See more in:
Home Buyers

Homeownership Advice From Your Parents | AHS

Are you a millennial homebuyer? Be prepared for parental guidance when you invite your parents over for the first time.