How to Insulate Windows with Window Insulation Film

Insulating windows in winter can reduce heating costs and make your home more energy-efficient. Follow our easy how-to guide to get your windows ready for the cold. 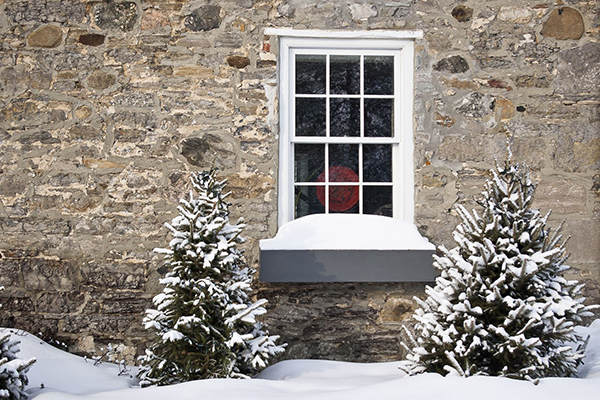 If you’re interested in making your home more energy-efficient and reducing your heating costs this winter, you may be looking into adding extra insulation to your home, installing weather stripping or caulking up cracks in windows and walls.

What is Window Insulation Film?

In addition to the solutions mentioned above, you can also reduce your family’s utility bills by taking advantage of insulation film. Window insulation film is a plastic film that's pasted on windows to reduce internal and external heat transfer. It helps reduce heat loss in winter by trapping the heat inside, and it also reduces heat gained in summer by reflecting the sun’s heat.

There are multiple advantages of using insulation film in winter:

A drastic decline in utility bills:

Insulation films are readily available and inexpensive, and they pay for themselves in less than a year. They're a cheaper alternative to replacing windows, which can be a major expense.

Insulation films also prevent condensation, which occurs when the temperature inside your home falls below frost or dew point. By preventing condensation, films reduce heat loss around the clock.

Insulating films also reduce fade damage to your home's furnishings, floors and window treatments by blocking out up to 99 percent of UV (ultraviolet) rays.

Before you start insulating windows in your home, it is important to be selective when choosing which windows you’ll be insulating. Once the film is installed, the window can then only be opened after removing the film. Windows that get opened often should ideally not be insulated for this very reason. Leave one window free in rooms like the kitchen, where you might want to crack a window in case of a smoky cooking mishap.

Related: How To Choose the Best Energy Efficient Windows

How to Insulate Your Windows Using Insulation Film

Once you've chosen the windows you’ll be insulating, the next step is to get heat-shrink film and some double-sided tape from your local hardware store. Alternatively, you can buy a window insulation kit. Follow these steps to install heat-shrink film on windows:

While this process isn’t quite as simple as installing curtains, learning how to insulate windows for winter using insulation film is easy to do on small and moderately sized windows. While film is an affordable and convenient alternative to reducing your utility bills a more long-term solution would be to replace your windows.

NO TWO HOMES ARE THE SAME. THAT'S WHY WE HAVE OPTIONS. FIND A PLAN THAT FITS.
Shop Plans
See more in:
Homeowners

Home Budget: How to Get Your Finances in Order | AHS

If you're looking to adjust your home budget and save money, American Home Shield can guide you through getting your finances in order.

The Homeowner's Guide to Buying a Historic Home | AHS

Whether you’re looking for a midcentury home or an old Victorian home, American Home Shield has everything you need to know about buying an old house.