Why is My Oven Smoking?

Whether you are using your new oven for the first time or maybe you have some leftover food on the bottom of your oven, let's identify why your oven is smoking. 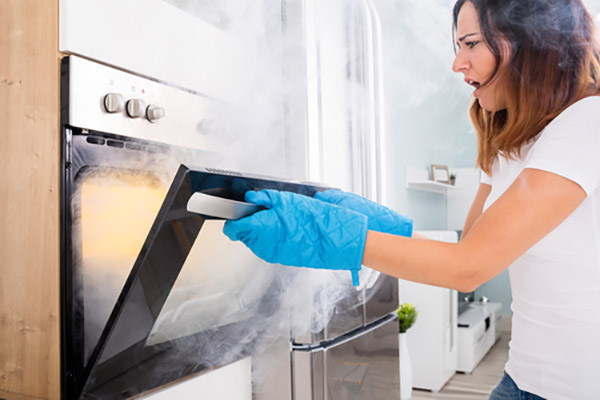 Like smoke signals rising over a distant bluff, is your oven smoking out a message to you? What are the causes of oven smoke? And are there any ways to avoid a smoking oven?

First of all, smoke coming from any appliance is not normal, and you should take it seriously. So much so that if you're concerned that your life is in danger, stop what you're doing and call 911. If not, keep reading.

With smoke often comes a burning smell in the oven. And it can even ruin the taste of the food you cook in it. Let’s take a look at possible causes that could explain the message your oven is sending you and how to ultimately stop your oven from smoking.

There’s one instance where smoke might not be an indication of a problem: Your oven is new. That’s because there are coatings used in the manufacturing of the oven and the burner itself that will eventually burn off after using it a few times. In fact, the manufacturer may suggest that you set your oven to between 400°F and 600°F and let it operate for about 30 minutes with nothing in it to go ahead and burn these coatings off. Be sure to thoroughly read your owner’s manual before you begin using the oven.

If you have recently cleaned your oven, there may be a residue left from the cleaner that you used. However, burning commercial cleaners means burning chemicals. Not a desired result of your good intentions to have a clean oven, huh? Even if you think you wiped it clean, you may need to go over it again with a vinegar and water solution, just to be sure. And, with the oven cool, make sure you clean the inside top, sides, bottom and door, to make sure every part is covered.

Related: How to Clean your Oven Hood

It’s the Ghosts of Meals Past

The most likely cause of a smoking oven is spills and debris from past use. These drops of grease and food bits heat up and burn, resulting in smoke and odors. They could be anywhere inside the oven, including the racks, so if this is the cause of your smoke issues, it’s time for a good cleaning.

It's the Way You’re Positioning the Food

If you are broiling food, always keep at least three inches of room between the broiler heating element, which is at the top of the oven, and the food that you are cooking. The broiler gets very hot and can easily scorch the food, causing it to smoke. The same is true about the main burner or heating element in the bottom of the oven, used when baking. High-fat foods are prone to smoke if cooked too fast or in an oven that’s too hot. And never let grease drip onto the burner or element. Grease can not only smoke, but it can also cause a fire.

With an electric oven, the top and bottom heating elements eventually wear out. Excessive heat buildup during the cleaning cycle of a self-cleaning oven, or over time, can cause a short in one of the elements. If the bottom element doesn’t glow red during the bake setting, or the top element doesn’t glow red during the broil setting, the element is most likely bad. Sometimes you can hear a buzz or see smoke as they are burning out. If that’s the case, turn the power off at the circuit breaker or unplug the oven. Then, remove the screws holding the element in place, disconnect the wires and replace the element with a new one from a store specializing in oven parts.

You don't want to spend your time trying to decipher oven smoke signal messages, right? Instead, invest in an appliance home warranty from American Home Shield®, so we can play the role of the detective if (or when) the time comes. After all, what’s better: stressing over the question of “Why is my oven smoking?” or patting yourself on the back and thinking  “Oven smoke has nothing on me. I know I can Be sure with the Shield®!”

Freezer Repair Near You

NO TWO HOMES ARE THE SAME. THAT'S WHY WE HAVE OPTIONS. FIND A PLAN THAT FITS.
Shop Plans
See more in:&nbsp;
Ovens 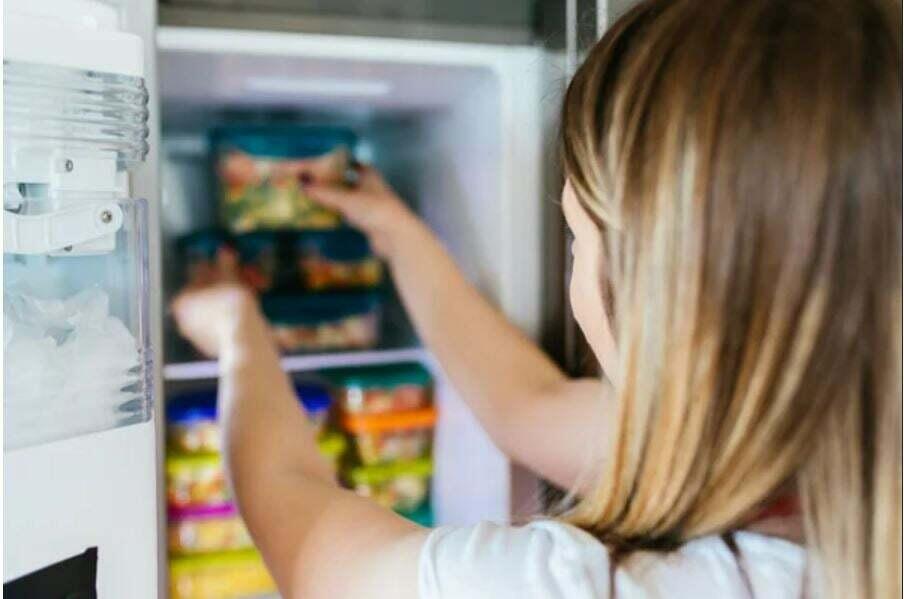 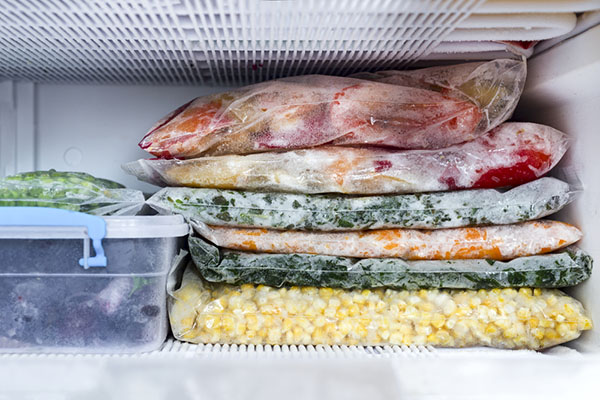 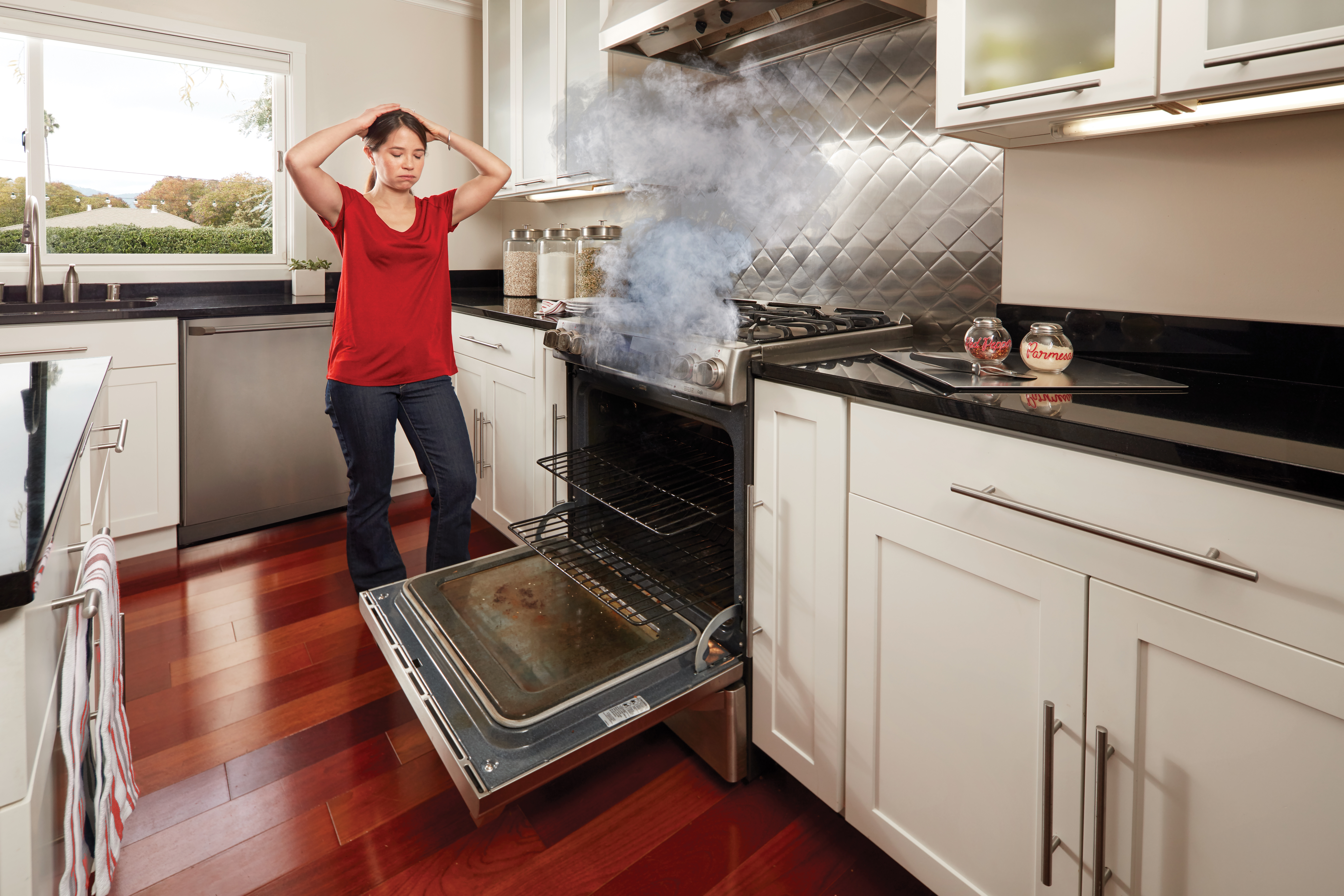 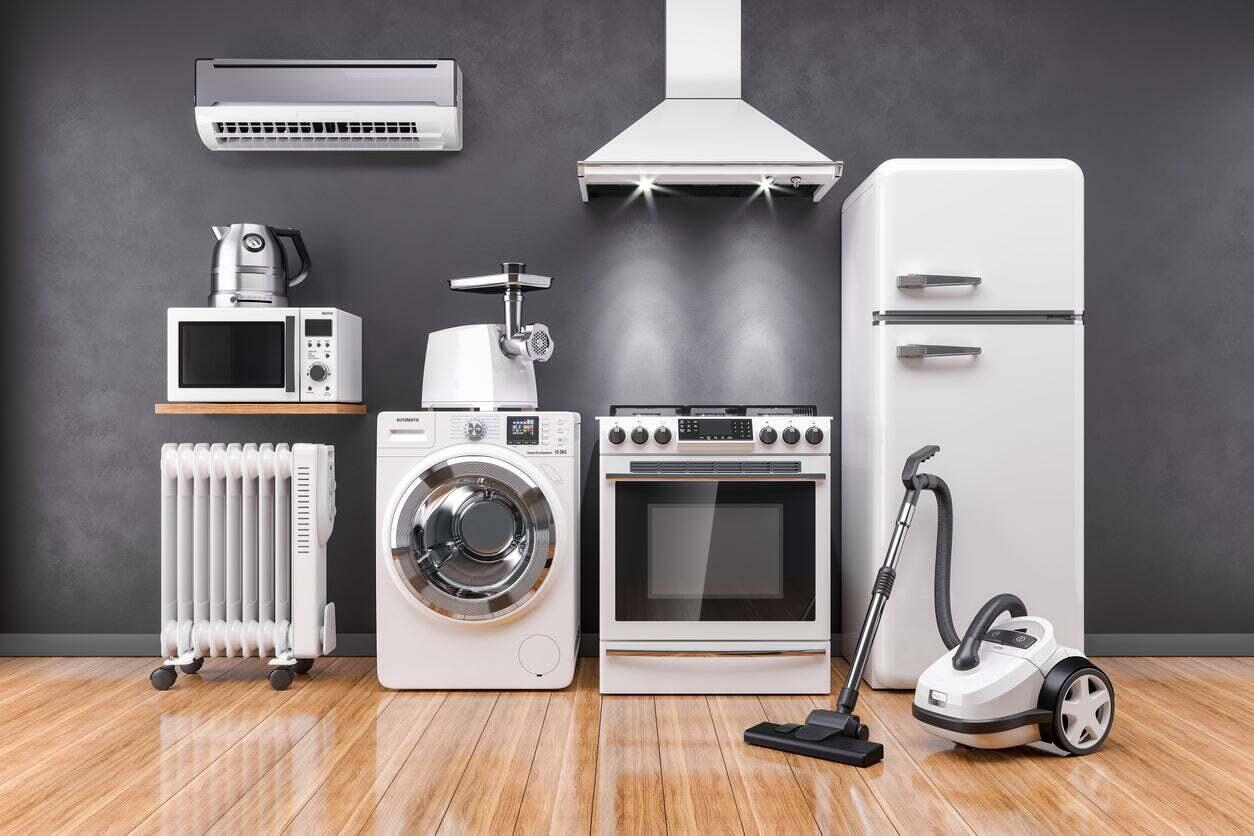 Is it More Environmentally Friendly to Replace Old Appliances?

Home appliances can guzzle energy, especially older models designed in a different era of technology. If you have been wondering if it’s better for the environment to repair those old appliances or buy newer, more energy-efficient ones, we’re here to help.